Overview – Well what a huge day this was. Knightfall Garrison members arrived at MCEC early in the morning and were shown to the change room we would share with all other costumers for the day, and in the end it got pretty cramped, so many costumers where there! It’s great to see so many people give up their time for a great cause. Anyway, as we got kittted up we were sent out in roving groups of 6-8 troopers at a time, rattle tins in hand, to mingle with the public, take loads of pics, and entertain kids both big and small.

My day – After kitting up I went out on an early patrol with 7 other troopers where we came across little Oliver, GFA’s poster child for this appeal, and an official photographer, who asked if he could take some pics of us with Oliver… “Of course! Would be our pleasure!”. In the end the photo made it into the Herald Sun… 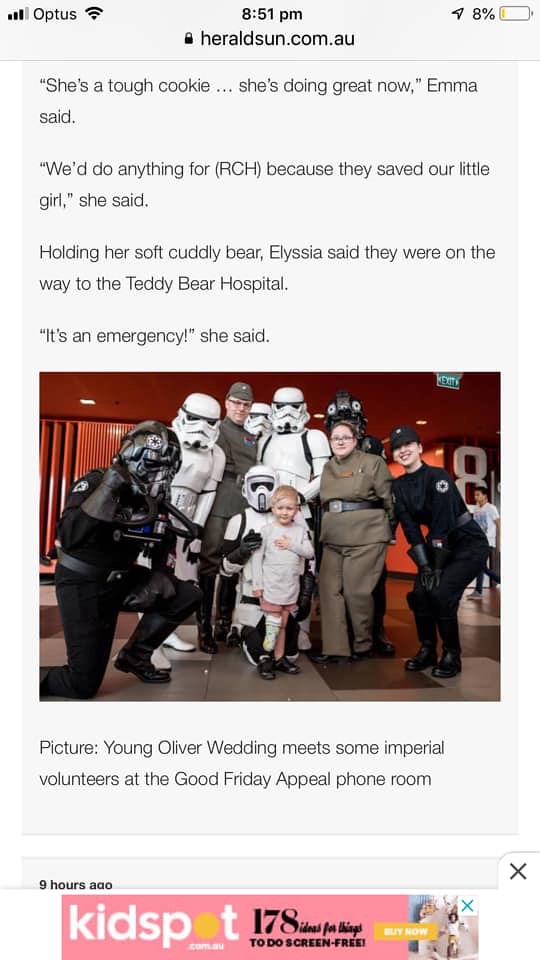 After the impromptu photo session with Oliver we resumed our patrolling where we were stopped by the Victorian Minister for Health who wanted a pic with us too. She thanked and praised us (and the garrison as a whole) for our efforts, letting us know that we were greatly appreciated. How nice!
The rest of the morning was spent patrolling, with short breaks taken in our change room to recharge. Knightfall Garrison and Rebel Legion members gathered together at 1pm for our group photos on a staircase in a quieter part of MCEC. 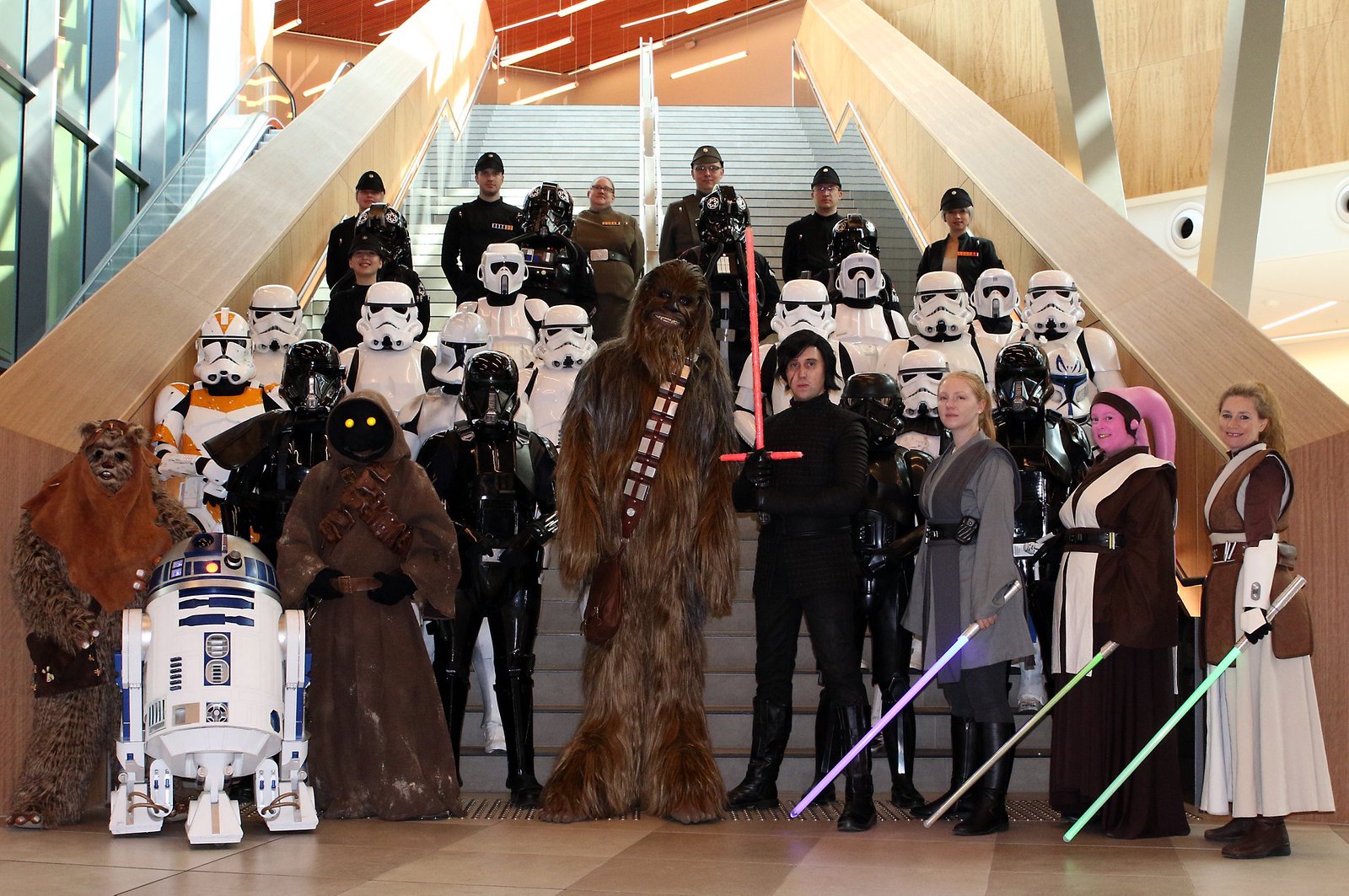 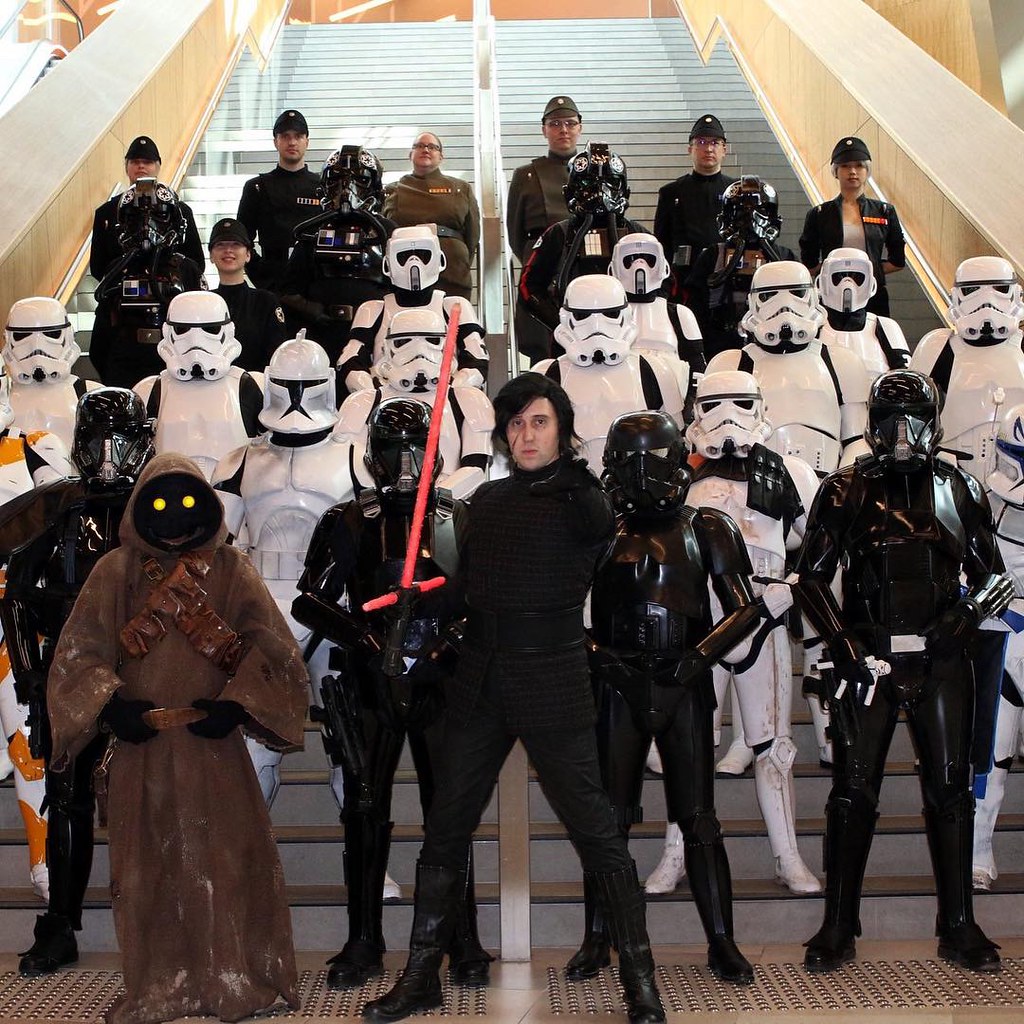 Once the pics were taken I de-kitted for a lunch break and a rest. Feeling recharged I donned my TK suit once more and headed on patrol again, where the following pics of Andrew and I were taken… 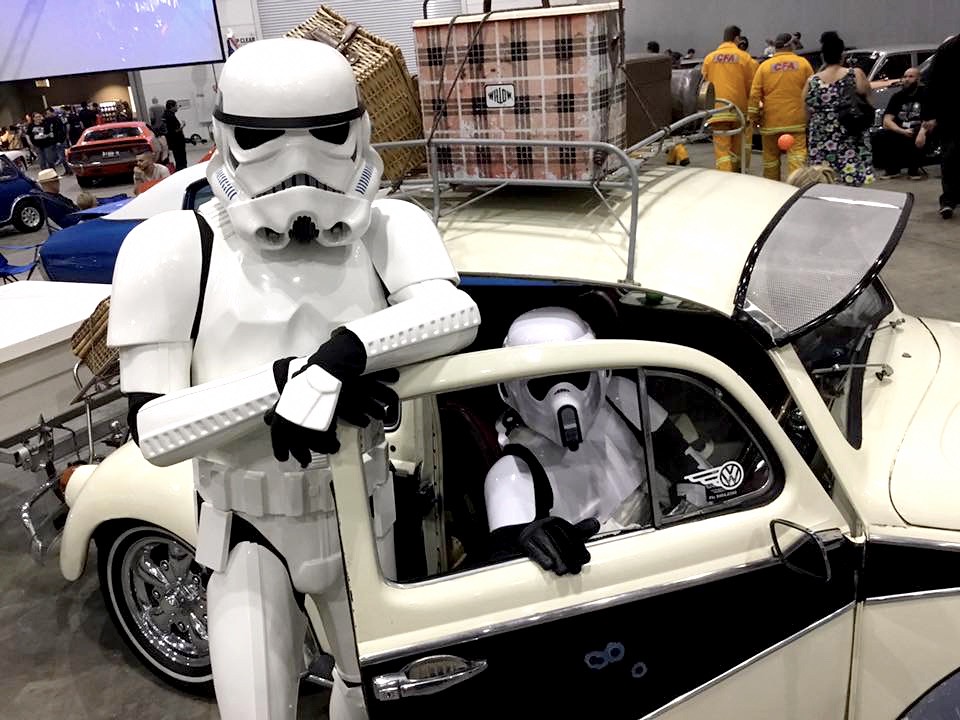 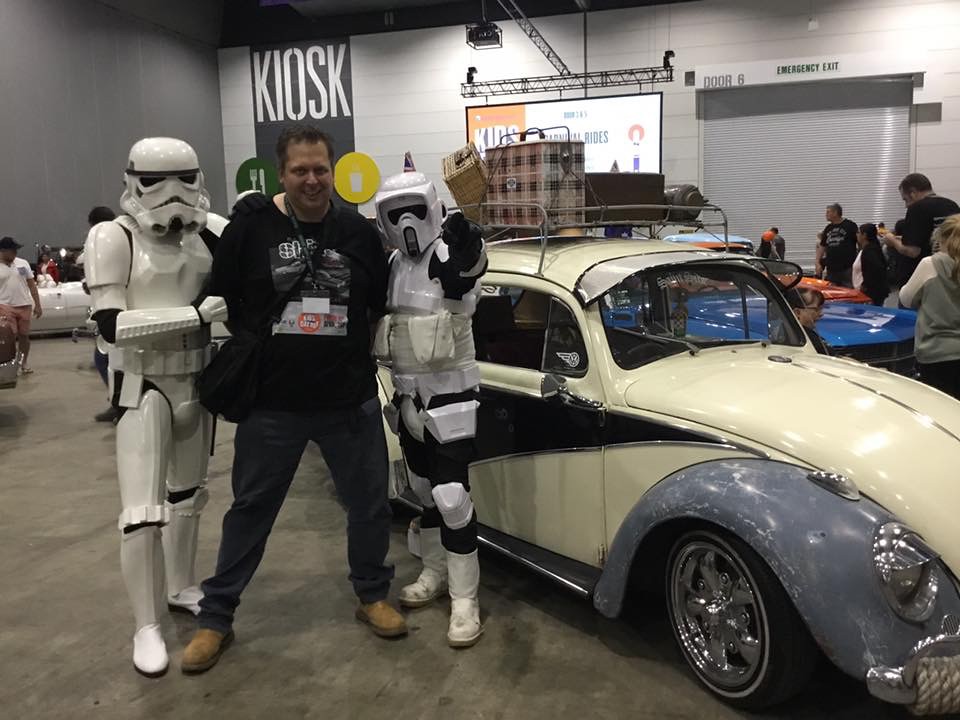 The owner of the VW beetle was quite excited to take our pic with his car, saying it and our armour looked alike, lol.

So we trooped into the late afternoon, doing what we do best.. taking lots of pics and putting lots of smiles on faces… Little kids, big kids, young & old, and all for a great cause. I know I went home exhausted, I’m sure it was the same for each and every trooper.