Weather: Mixed bag throughout the weekend, 28th and 29th had the best weather. 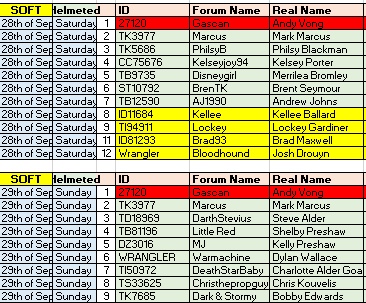 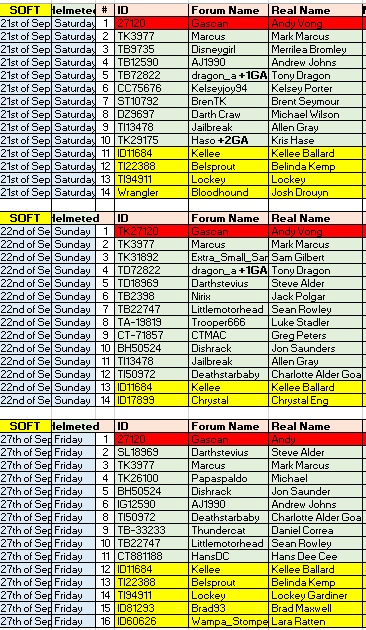 Report:
The morning of the first day was spent looking up the clouds wondering when the rain would fall, first thing that had to be done was establish contact with RMS organisers and confirm change rooms. Once both change rooms were confirmed we had a 9:30am debrief, this happened everyday which was great for new troopers that didn’t attend RMS previously.
The first parade was touch and go with the rain so we didn’t participate but we did participate in every parade after that and it was very successful, there were huge crowds watching the parade and waiting afterwards to catch troopers for photos.
We mixed up the parade order throughout the event because we can. There was a mixture of characters in the parade, Bugs Bunny, Daffy Duck, Batman and Wonder Woman. We almost lost Batman on one of the parades as he fell out of the Hilux but luckily he was caught by the Shaun the Sheep Handler.
The Meet and greet area in the morning was a bit quiet so we had a group stay at the Marquee and another group wander around, any meet and greets after the first parade was jammed with people and nonstop photos.
The 2nd weekend had the best weather for the show with blue skies and sun. Friday was a bit rained out towards the end of the day so troopers finished early. We also had Rob and Khush from the Isabella and Marcus Foundation come out to the show and meet some of the troopers, they also hadn’t been for a very long time and enjoyed it.
We had Darth Maul come out on Sunday which was great for the public and naturally maul led the parade on the last day which made it look more awesome.
In the last hr of the show, TR3977, TK7685, TK27120, Maul & our awesome wrangler Charlotte tried to wander around the show but we were caught for photos and didn’t get very far. We did end up in front of a toy stand where the guy working there thought it would be funny to drive his RC car around charlotte and then proceeded to say “if you break it you pay for it”, that didn’t work out very well for him.
TK27120 finally managed to kit up on the last half of the show and joined in on the last parade and even the RMS organisers didn’t know he was kitted up. Galactic Acamdey Pink lil Jawa also managed to come out for the first time, and she done an awesome job trooping for as long as she did.

TK3977 & CO took a photo with 5 different rides on 5 different days at the show and has challenged all troopers next year if they can beat that?? GA Pink Jawa has already won!

Thanks again to all troopers that came out and supported the Royal Melbourne Show in 2019, all the additional information on the forum and planning throughout the event seems to have made the 5 days run very smoothly.
We hope to get some feedback from RMS in the coming weeks and hopefully be back bigger and better in 2020.

Casualties – A few armor cracks but nothing that isn’t fixable.
Injuries – A few troopers had some minor injuries on the last day.
Happy People – YES
Mission Status – Complete 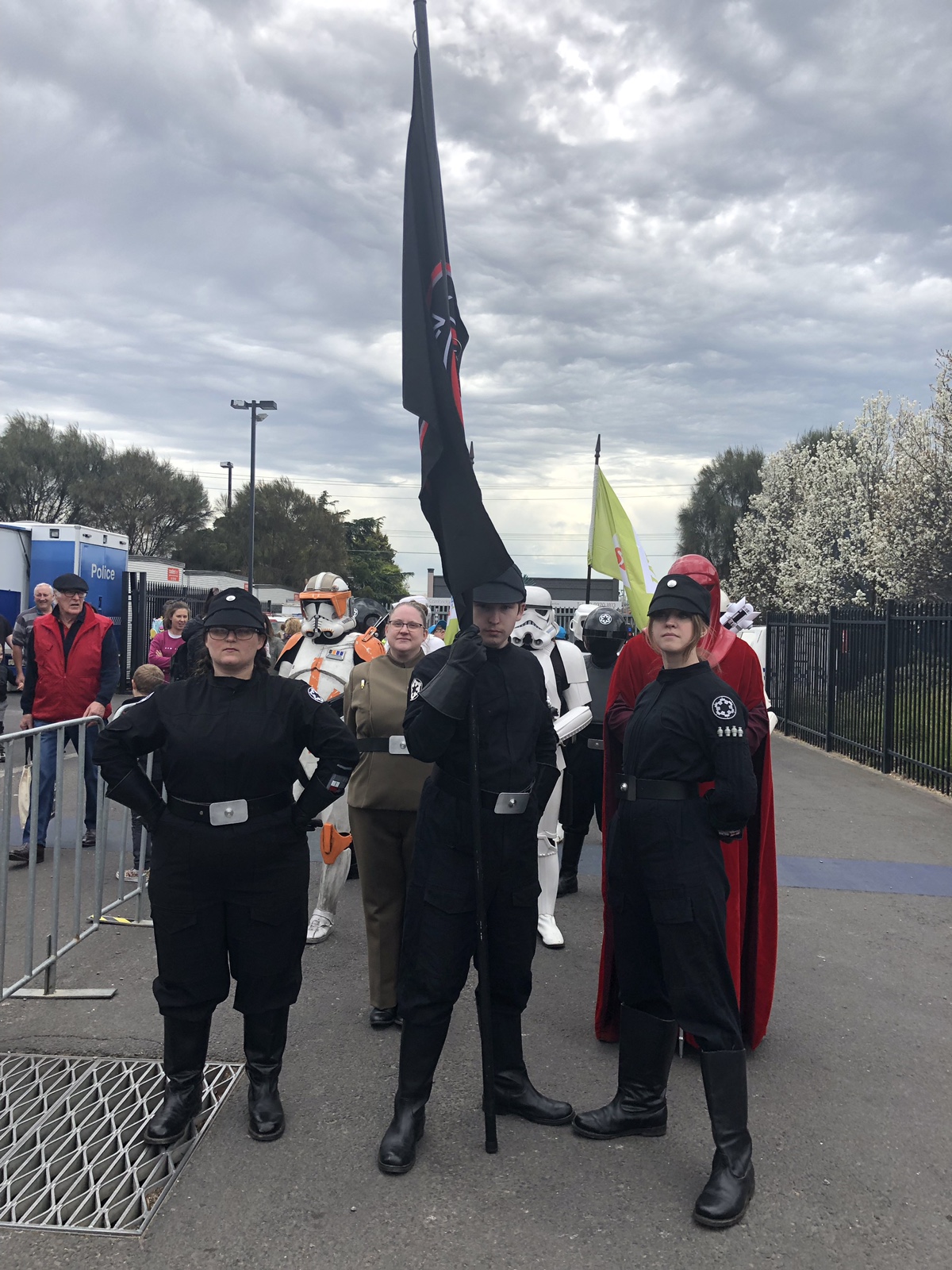 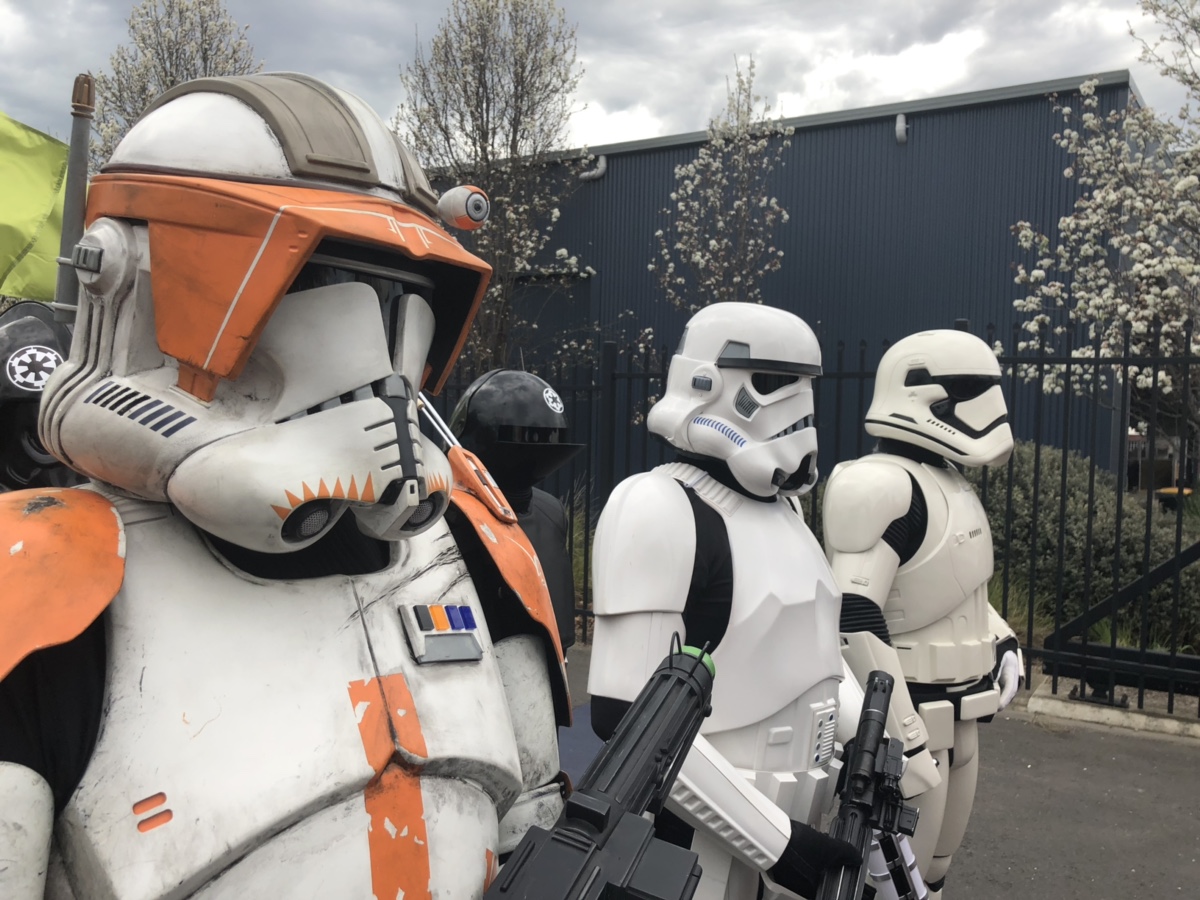 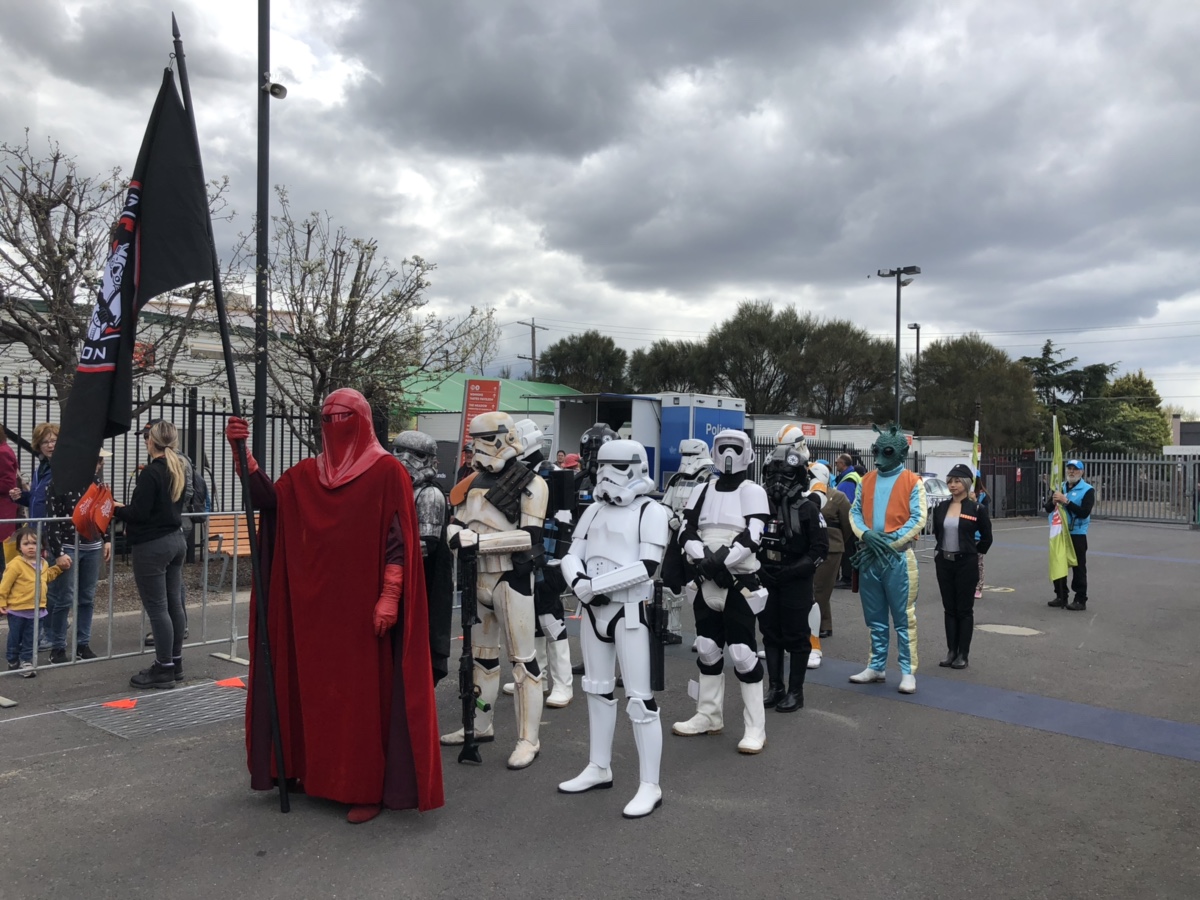 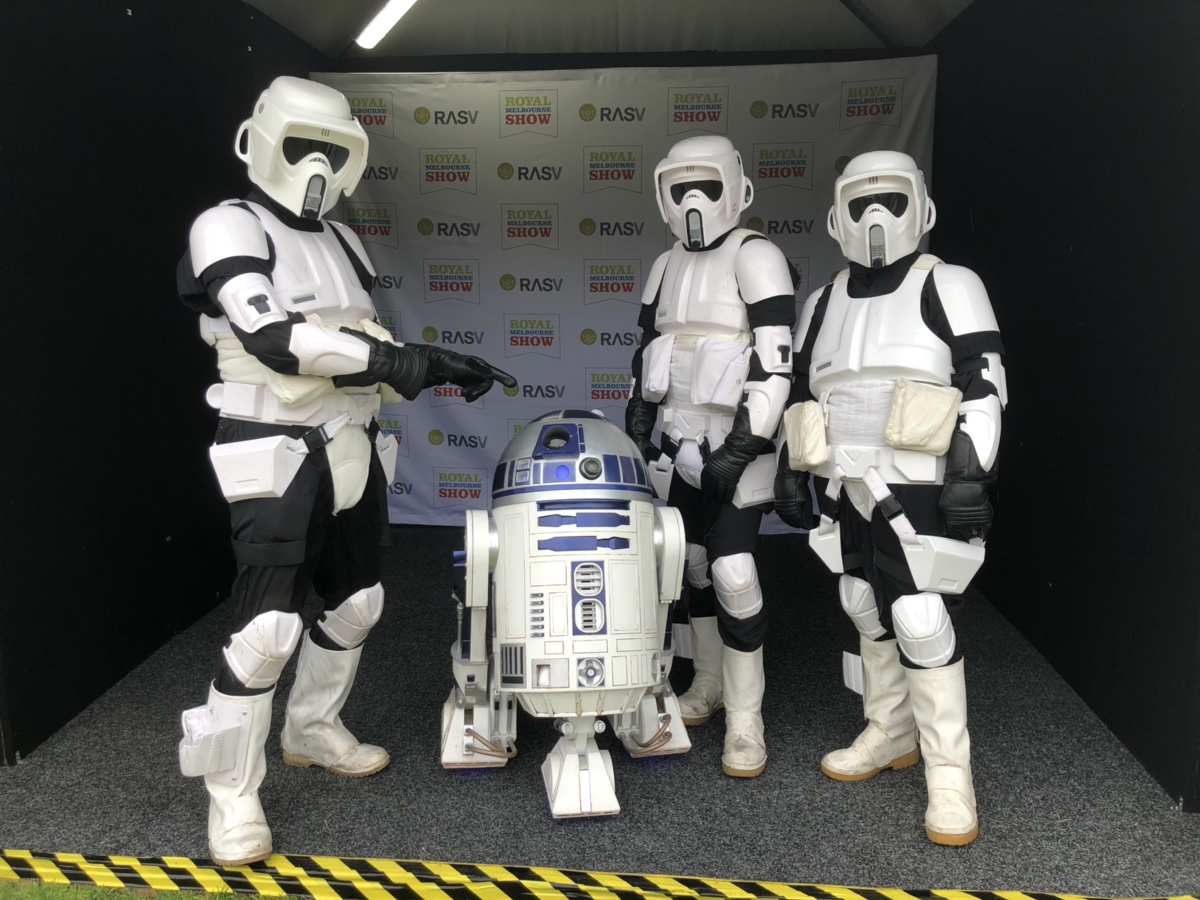 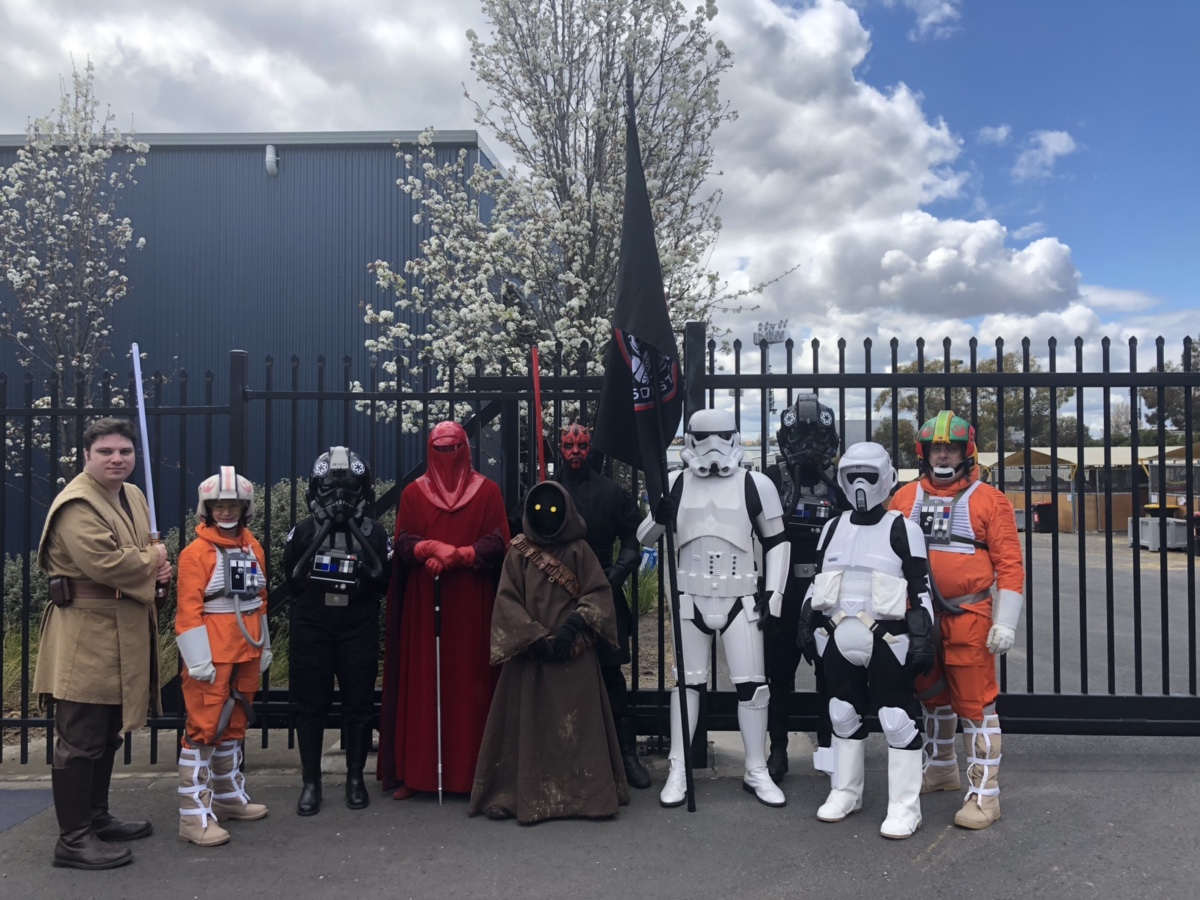 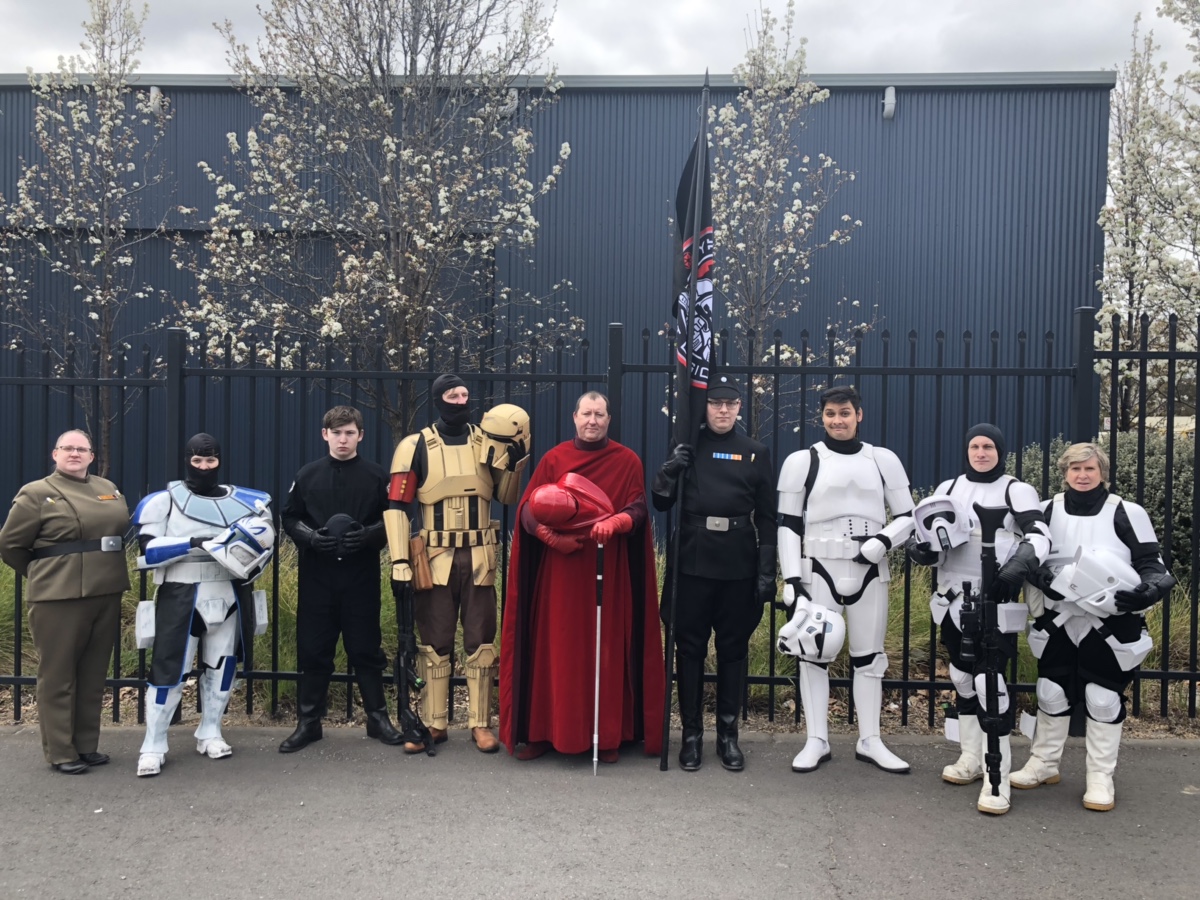 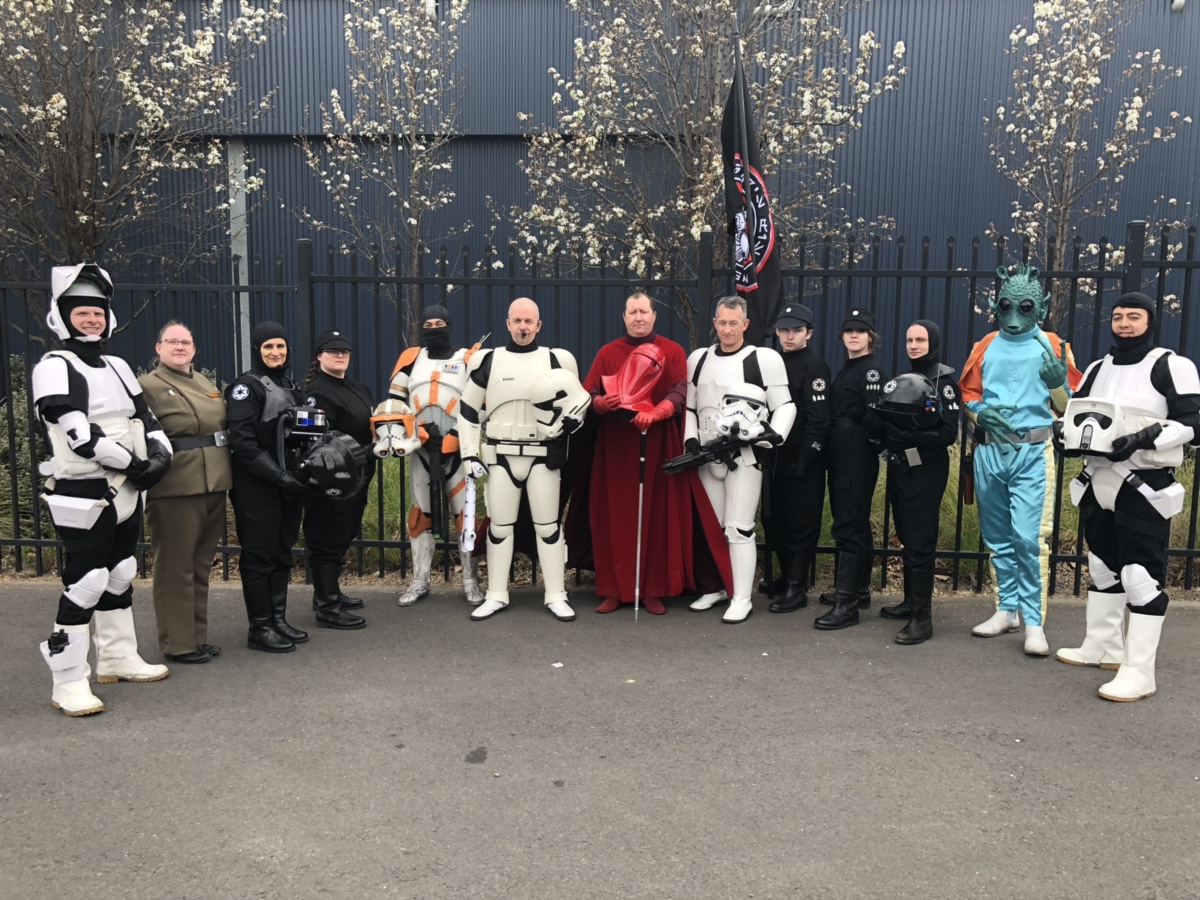 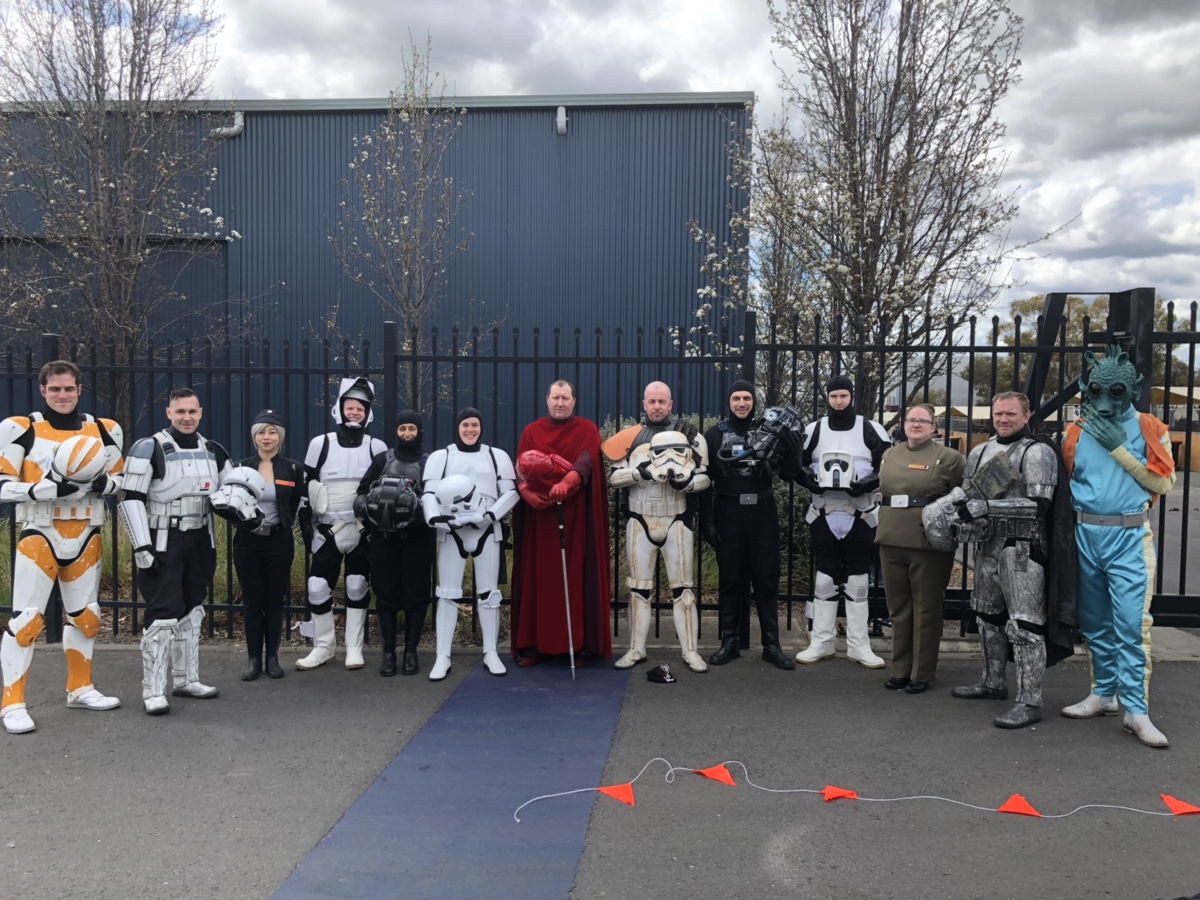 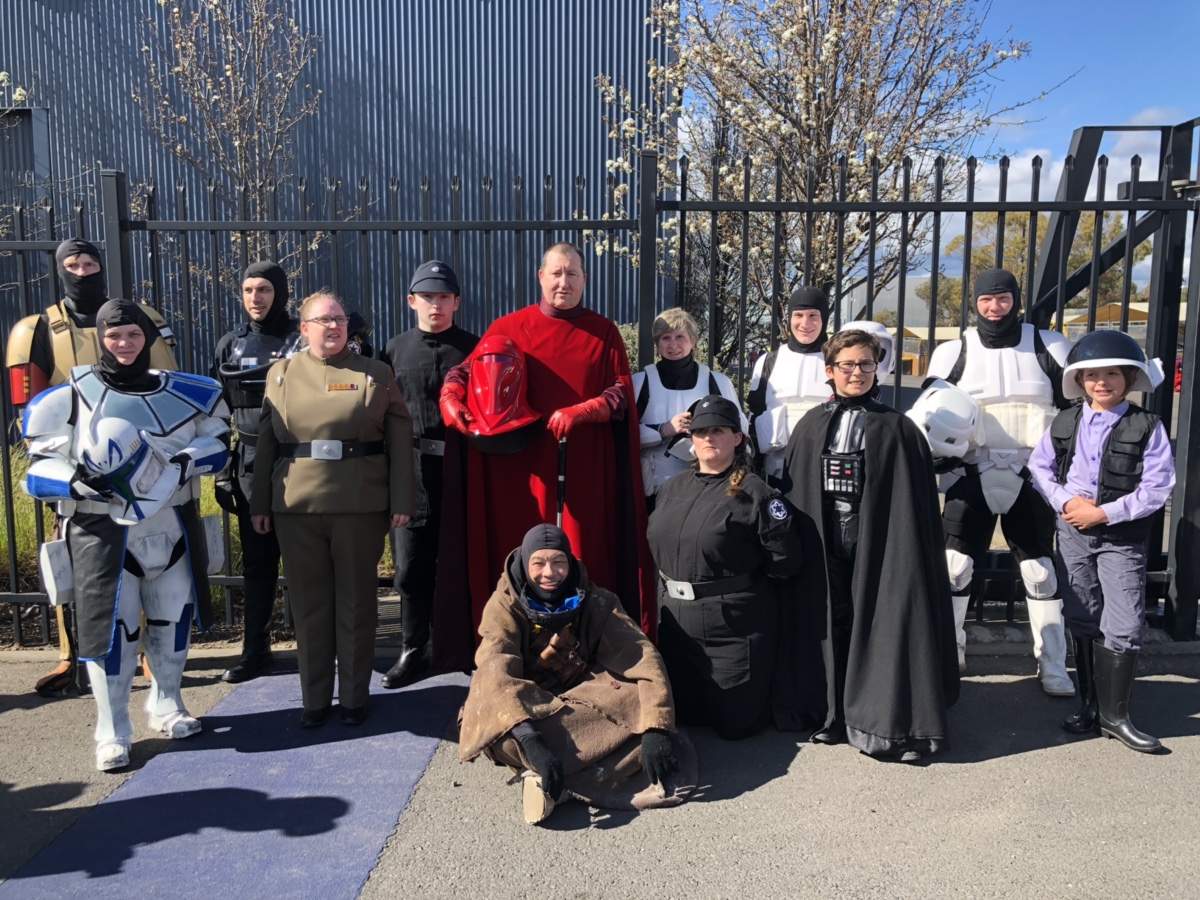 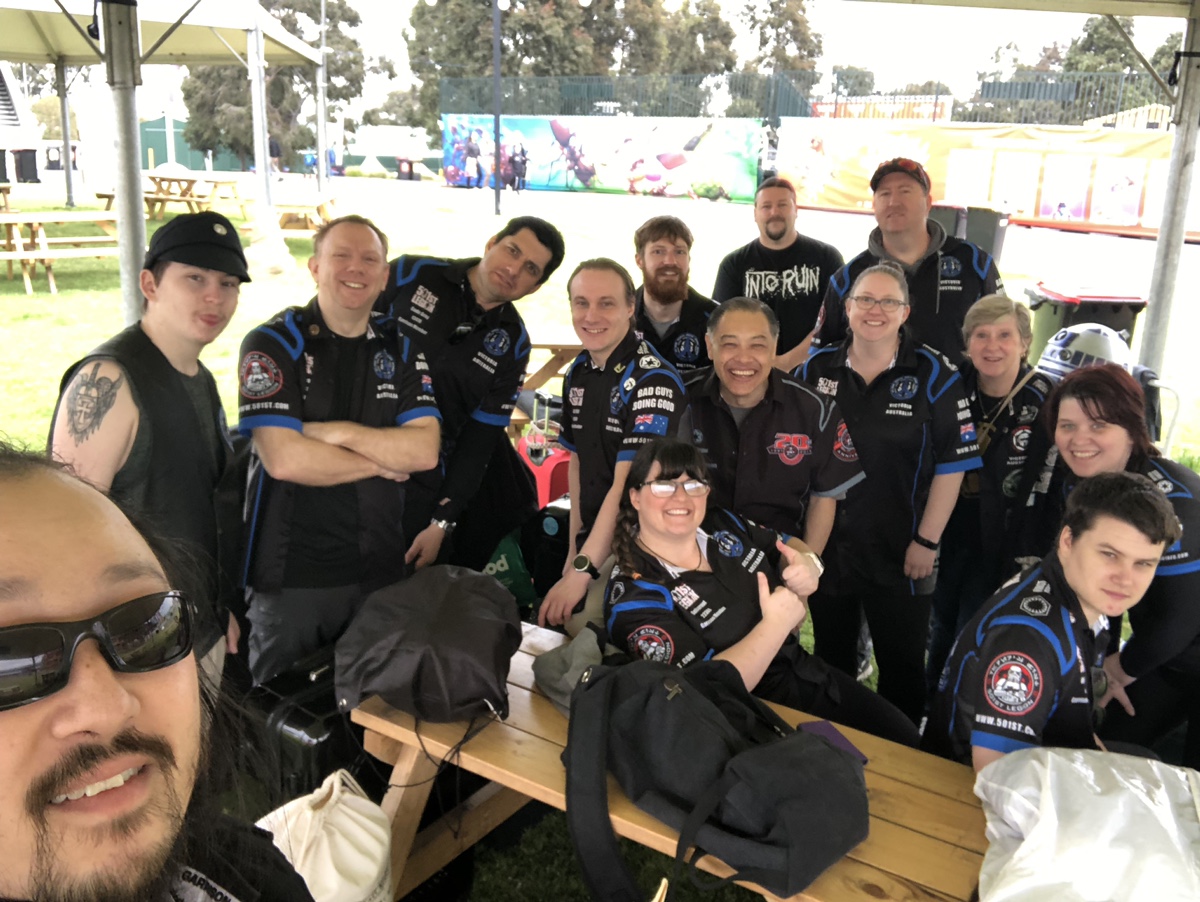 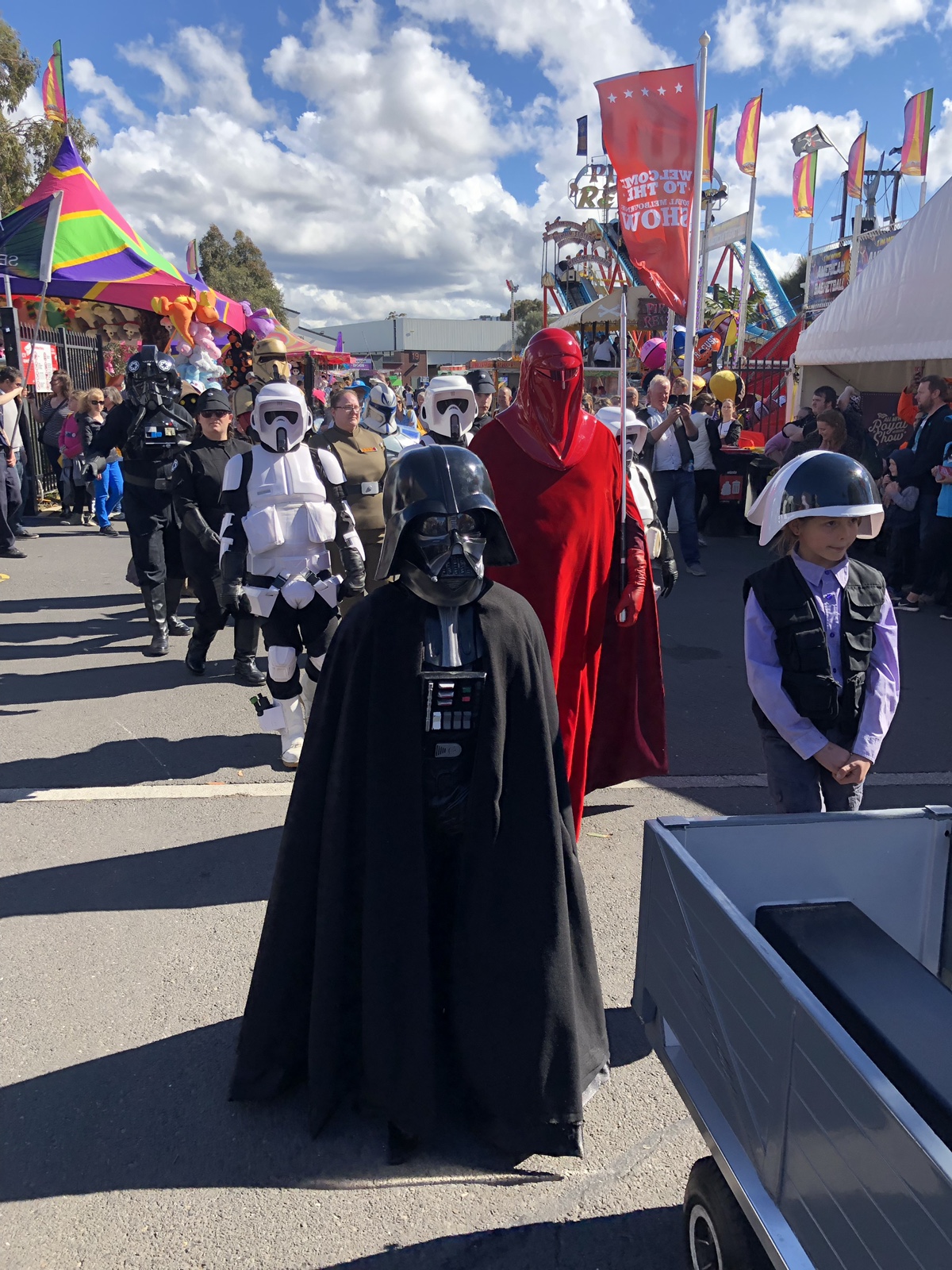 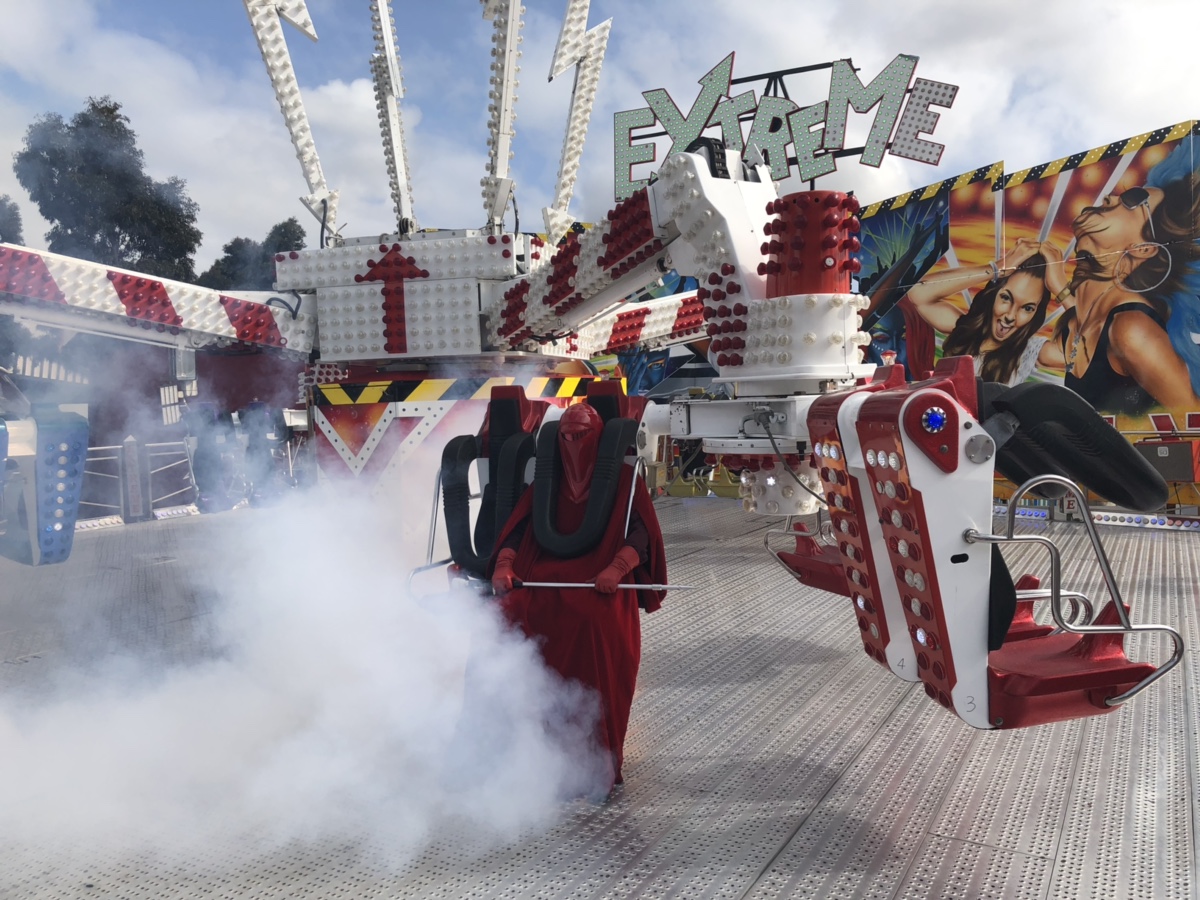 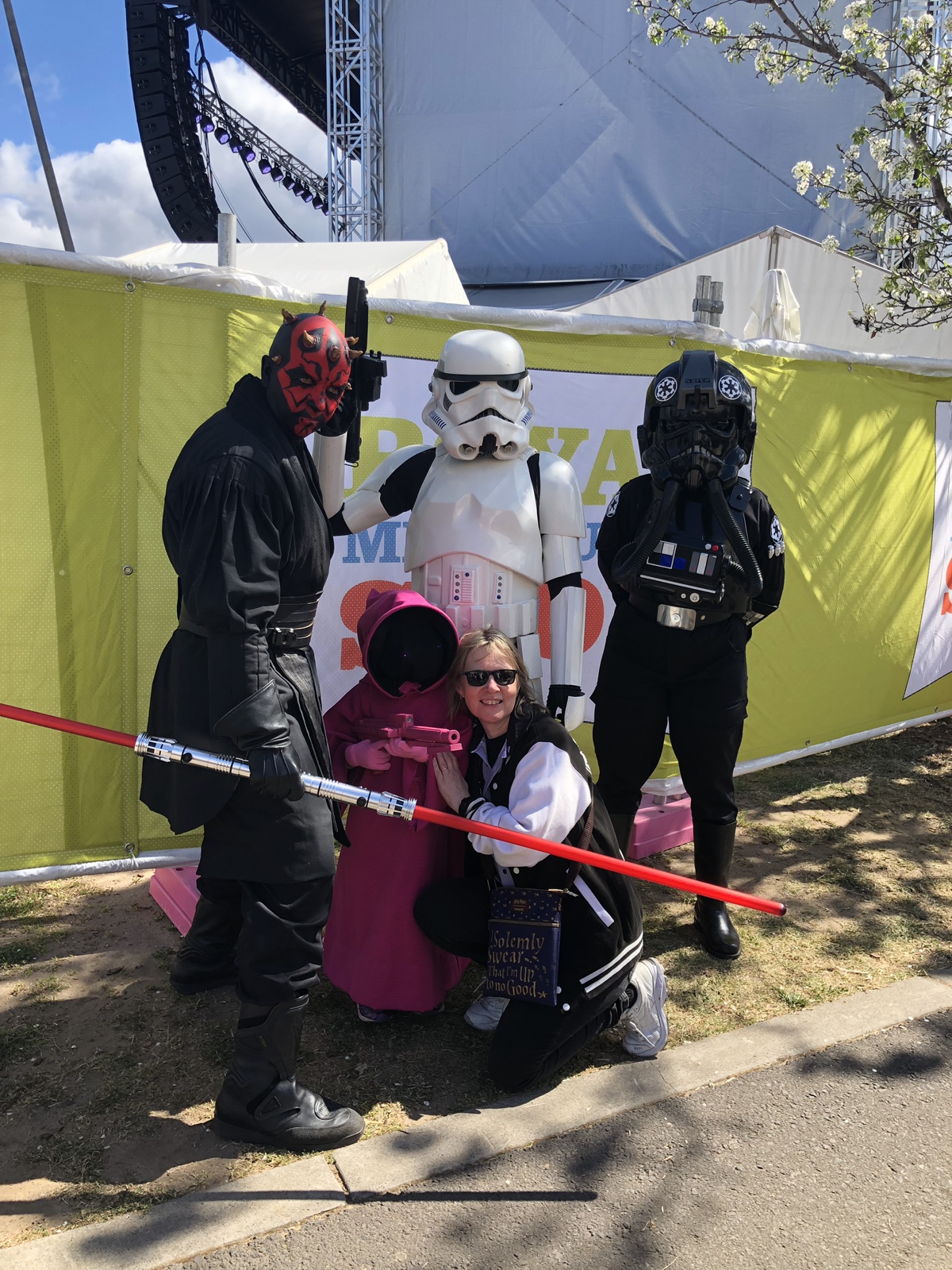 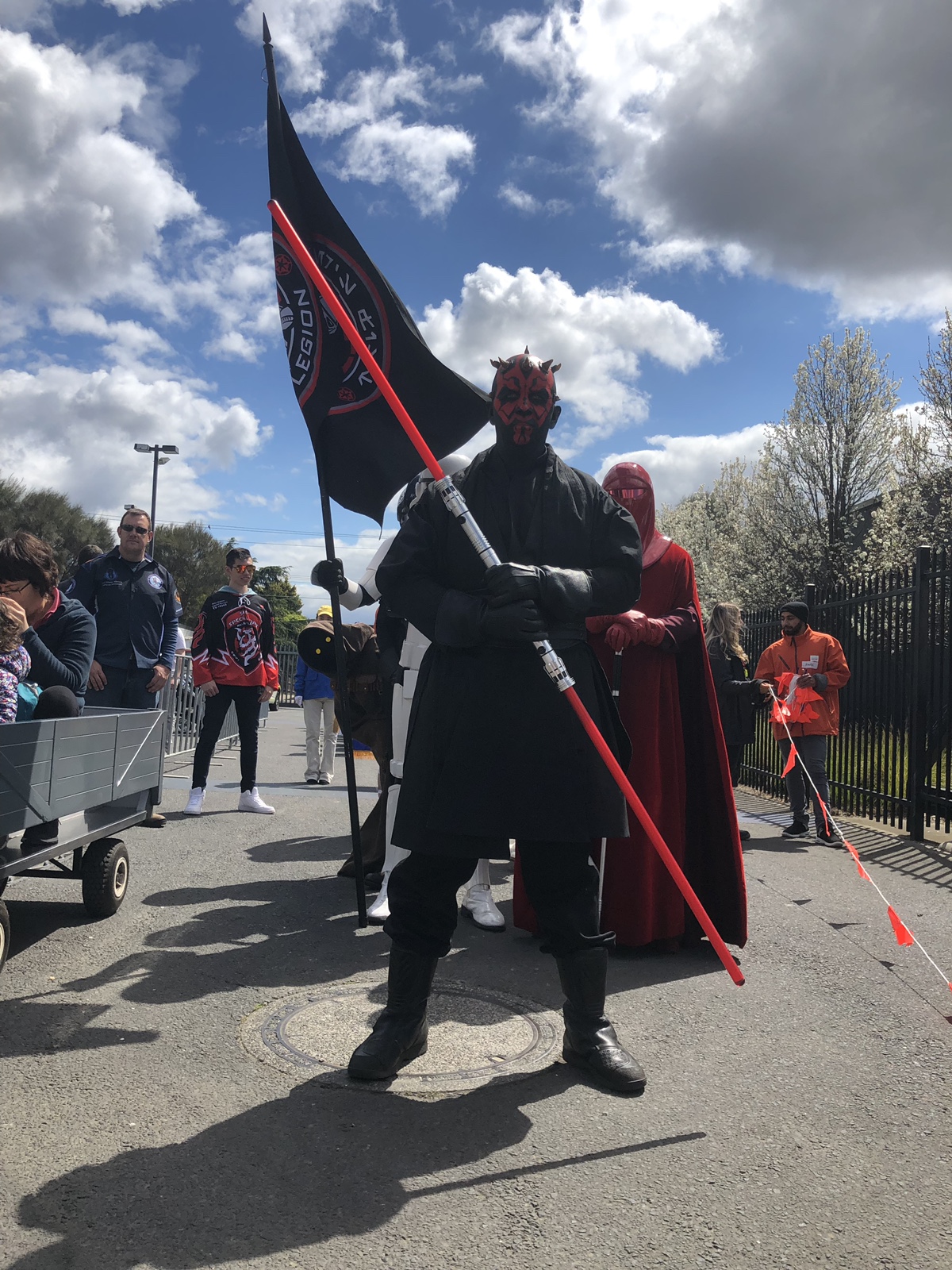