Weather: Indoors in a basketball/netball arena

Report:
Troopers arrived at 10am to be shown to a sizeable change room. They then proceeded, with Vader in the lead, Death Trooper and then the stormtrooper, to the auditorium to monitor proceedings. Combatants took turns to slug it out with foam swords and were scored in each bout. Troopers were required to hand out gift certificates to attendees during the competition, provide photo opportunities and look menacing. At one point the Imperials demonstrated elite combat foam sword techniques….however, Vader ended it abruptly with a force choke to come out victorious.
In the end, two black series lightsabers were awarded to competition winners and we called it a day.
The turnout was quiet, so the troop was shorter than anticipated. All up, there were around 20 competitors and spectators.
Special thanks to Geoff and his wife (and for her taking the photos) for making the trek from the other side of the bay to this quietish troop.

Casualties – None
Armour mishapes – Vader’s reveal mask had a velcro malfunction, so he had to go full mask and helmet throughout.
Happy People – Lots
Mission Status – Complete 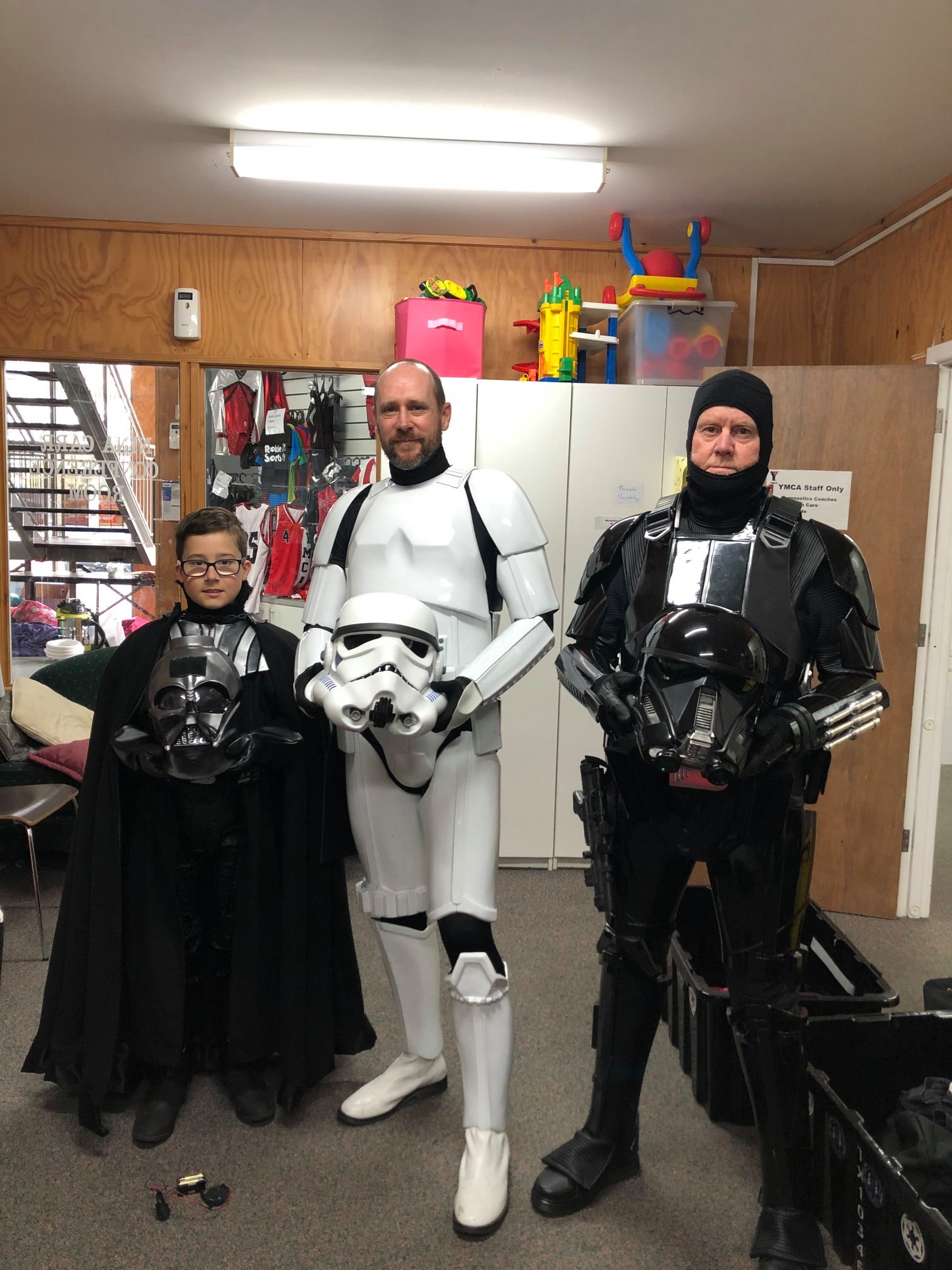 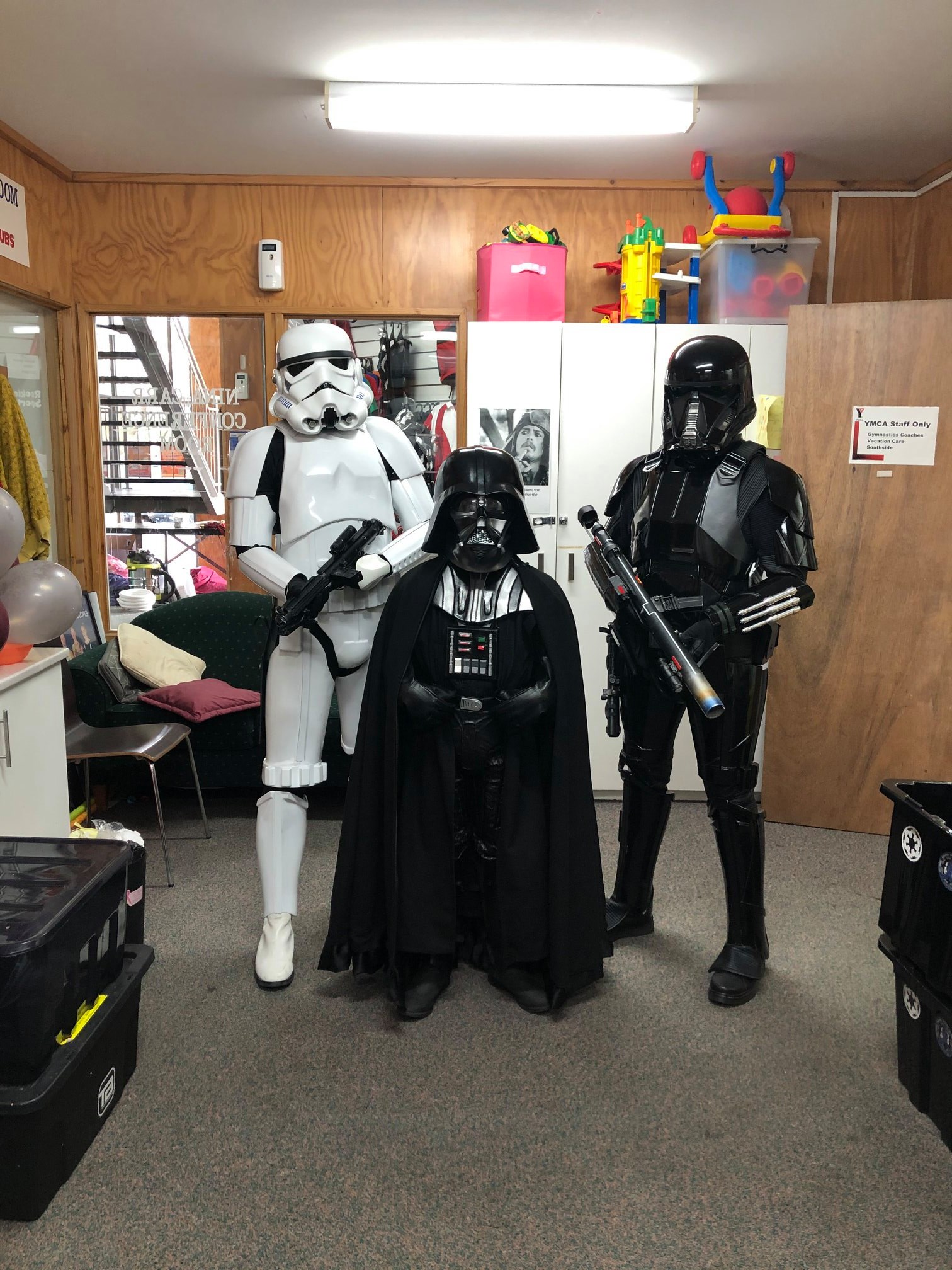 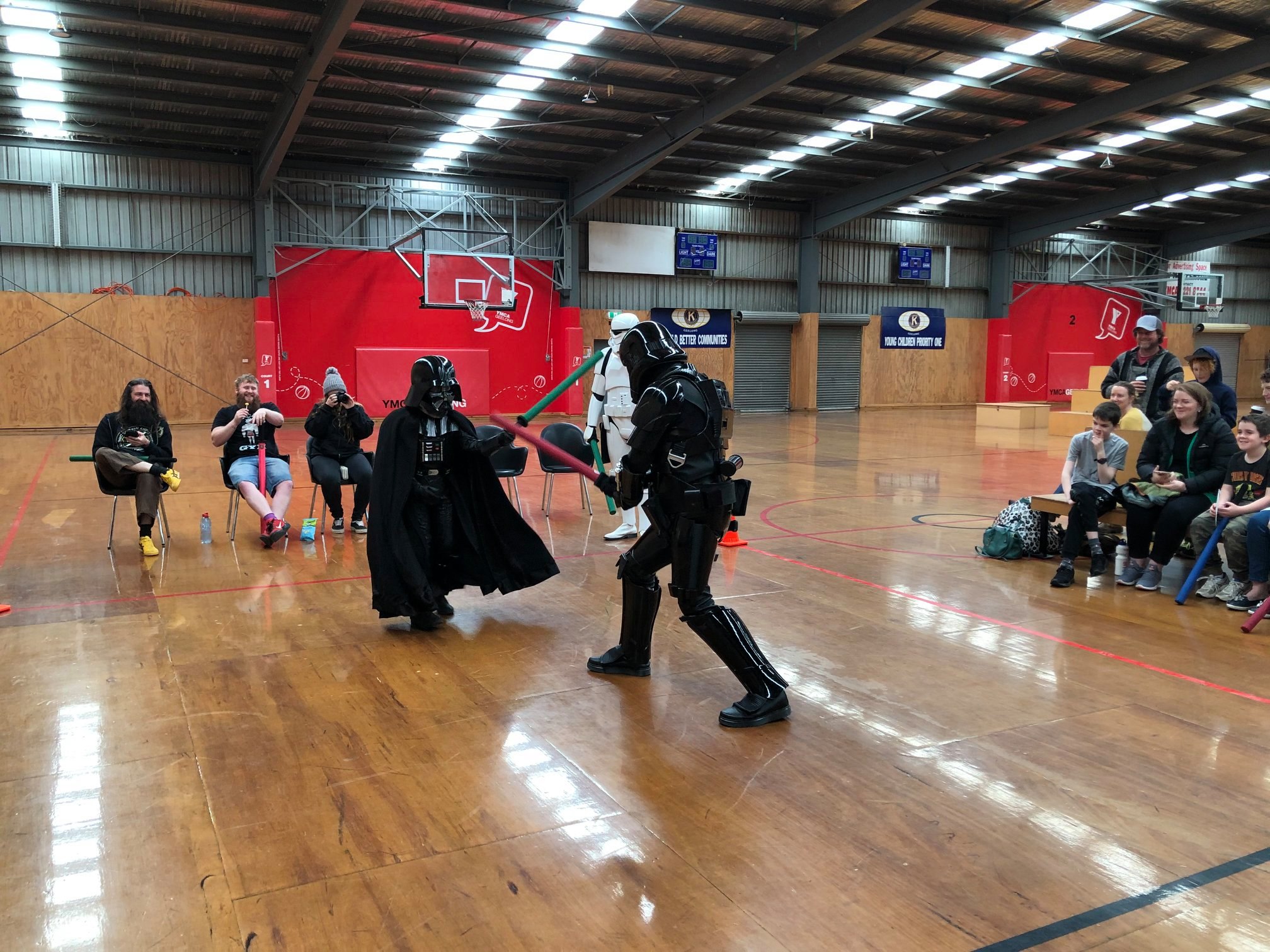 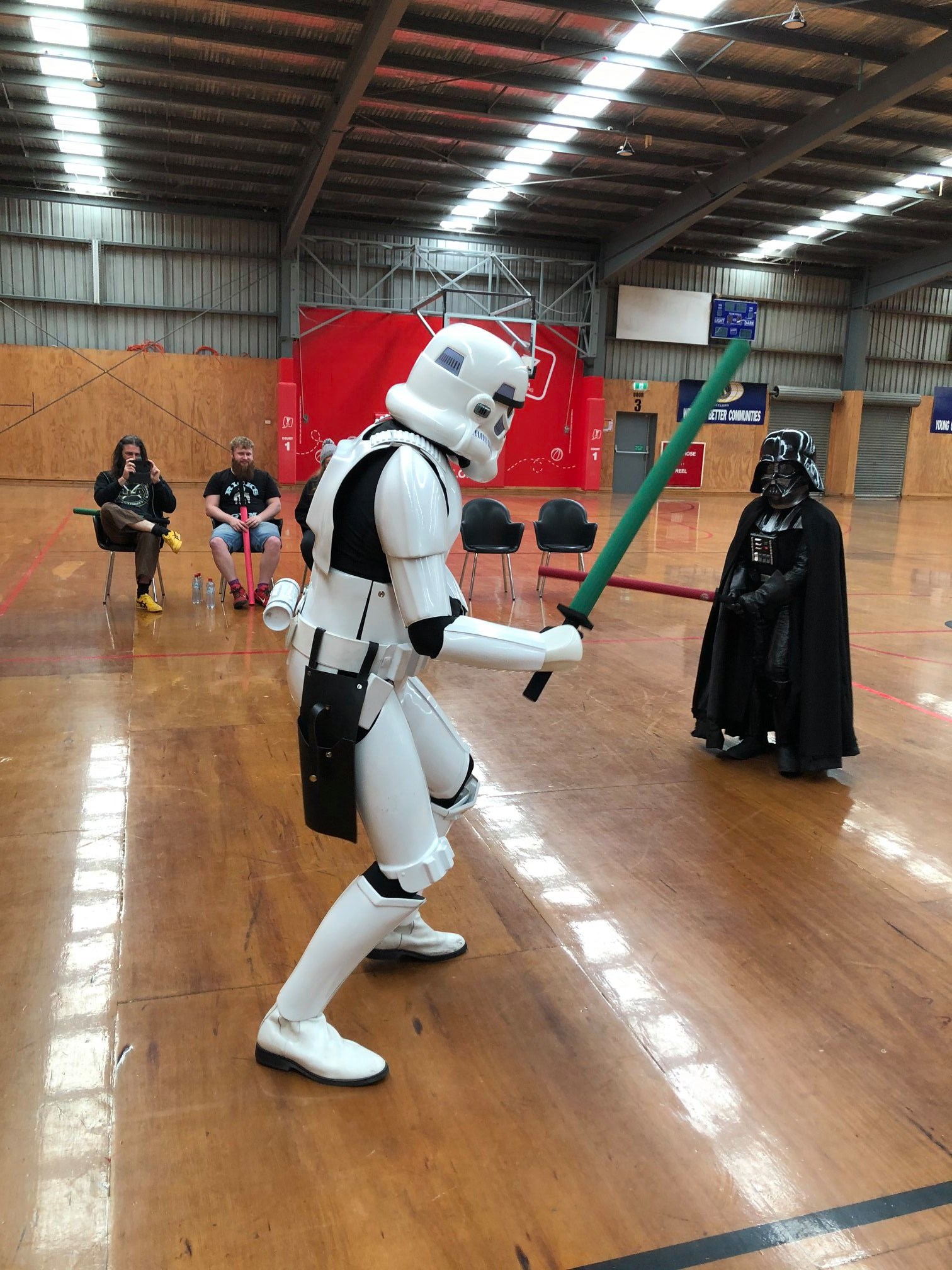 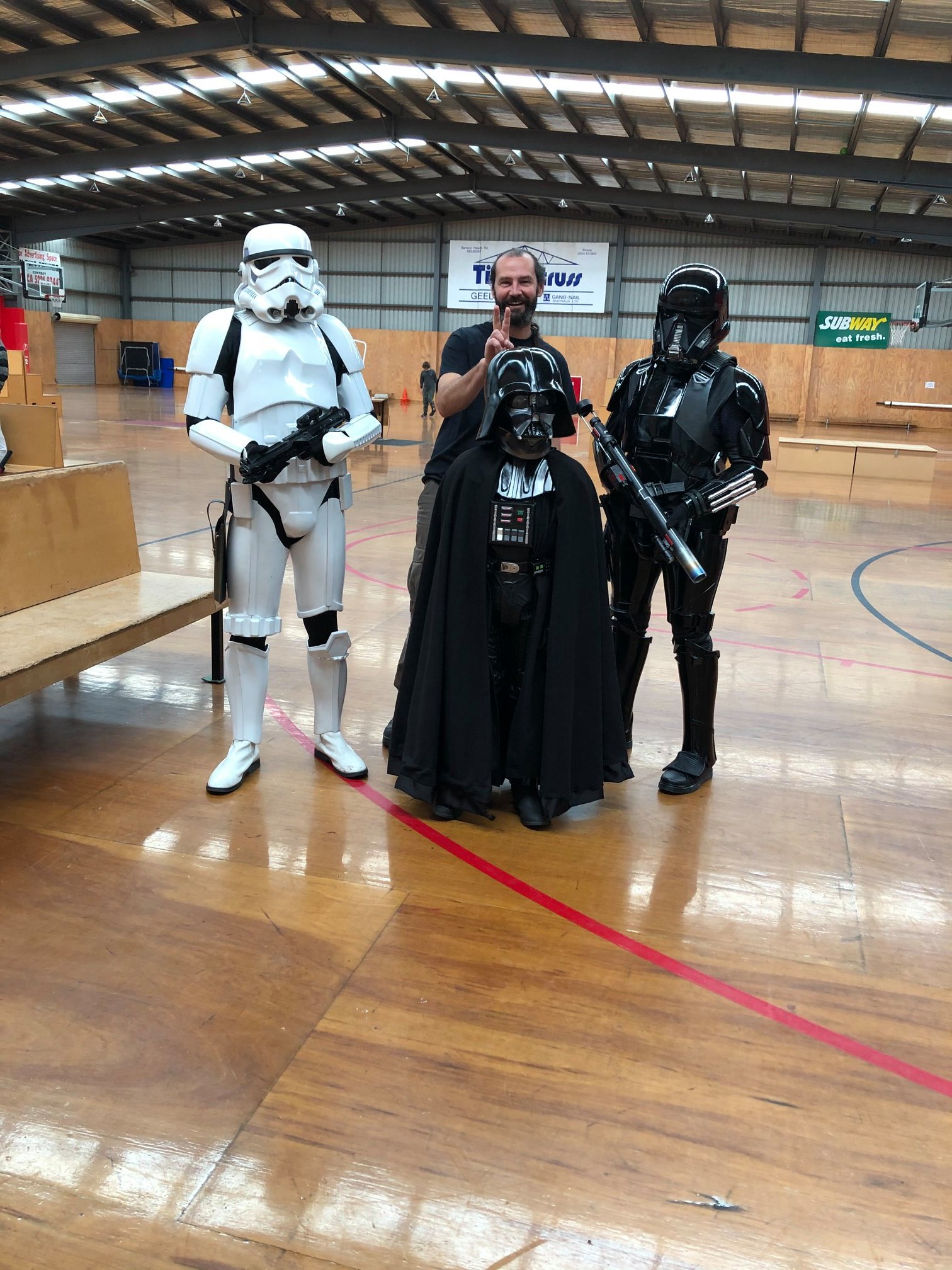 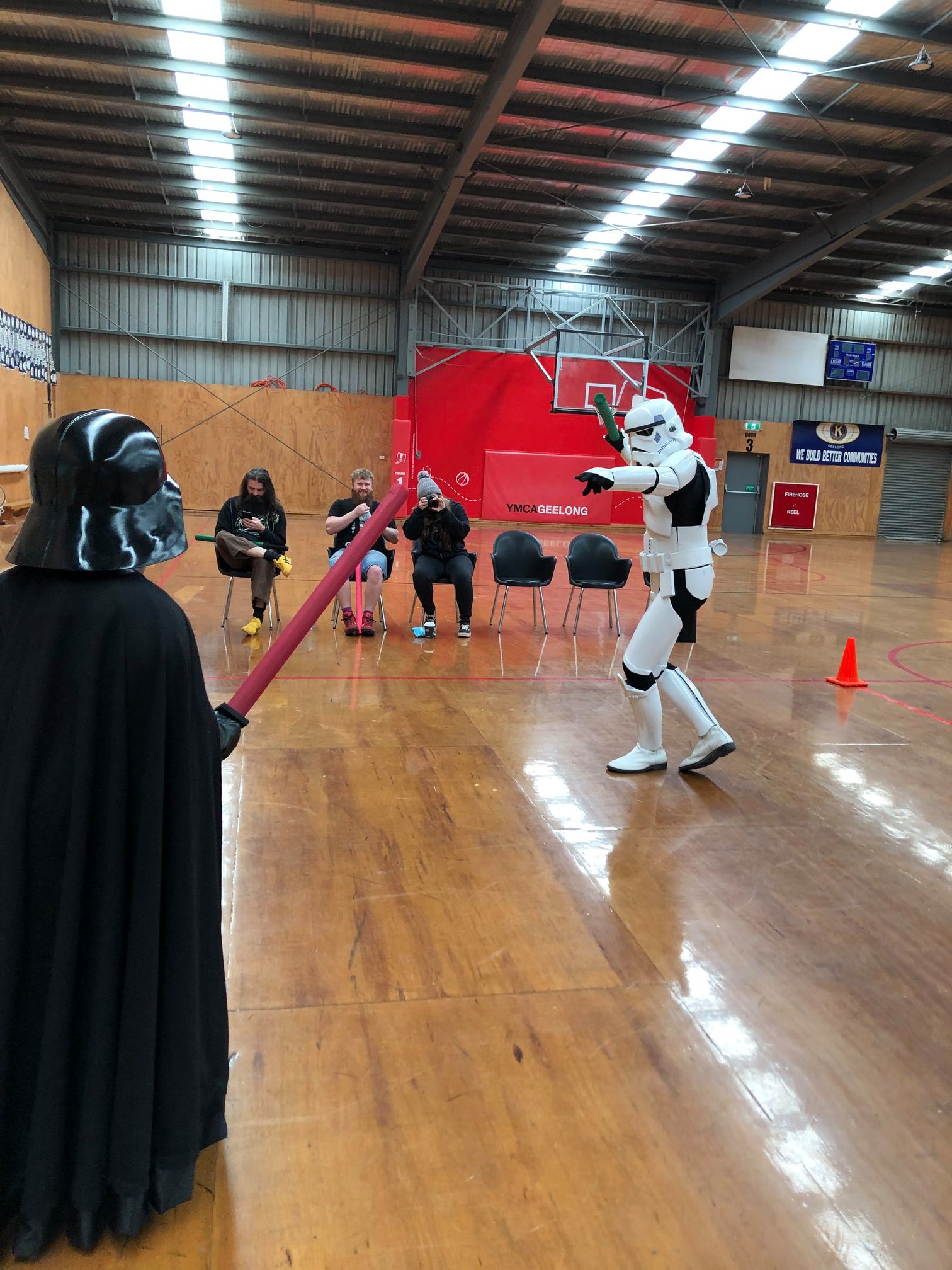