Report: Andy and I arrived at Lakeside Receptions pretty early and got a quick rundown of what the band leader wanted us to do for our appearance that evening. We were soon joined by two Rebels, Kelly & Josh. The 4 of us were given the reception room next door to the main reception room where the nights festivities were taking place, which was a nice surprise for me as this was the very reception room I had for my wedding! Brought back sooo many memories

So Andy, Kelly, Josh, and myself got changed (pretty much in the dark as they didnt turn the lights on for us) and waited for us to be called over to the main room. And we waited. And then we waited some more. After that? There was more waiting. After what seemed an eternity, we were finally given the green light.

The MMG’s band were playing a variety of songs, and wanted us for their little Star Wars medley. It started with a voice over, many voices from the films, all good guys etc, at which point the Rebels entered the room as if they were being chased, hunted down by the empire. At the sound of Darth Vader our 2 rebels beat a hasty retreat out of the room, at which point Andy and I in our TK suits escorted the bands conductor out on stage. We stood guard on either side of the band while they played their Star Wars Medley which lasted about two and half minutes. Once complete Andy and I marched back out of the room. And that was that!

We had agreed to hang around for 40 odd minutes afterwards for photos, but the band still had another song or two to play, and then there was about 30 minutes of speeches, after which the MC announced we would hang around for photos, so we had to wait a while before people came out for photos, but eventually they came flocking to get pics with us all. Once the flow of guests coming for photos stopped we packed up and called it a night.

Casualties – None
Injuries – None
Happy People – about 250
Mission Status – Complete 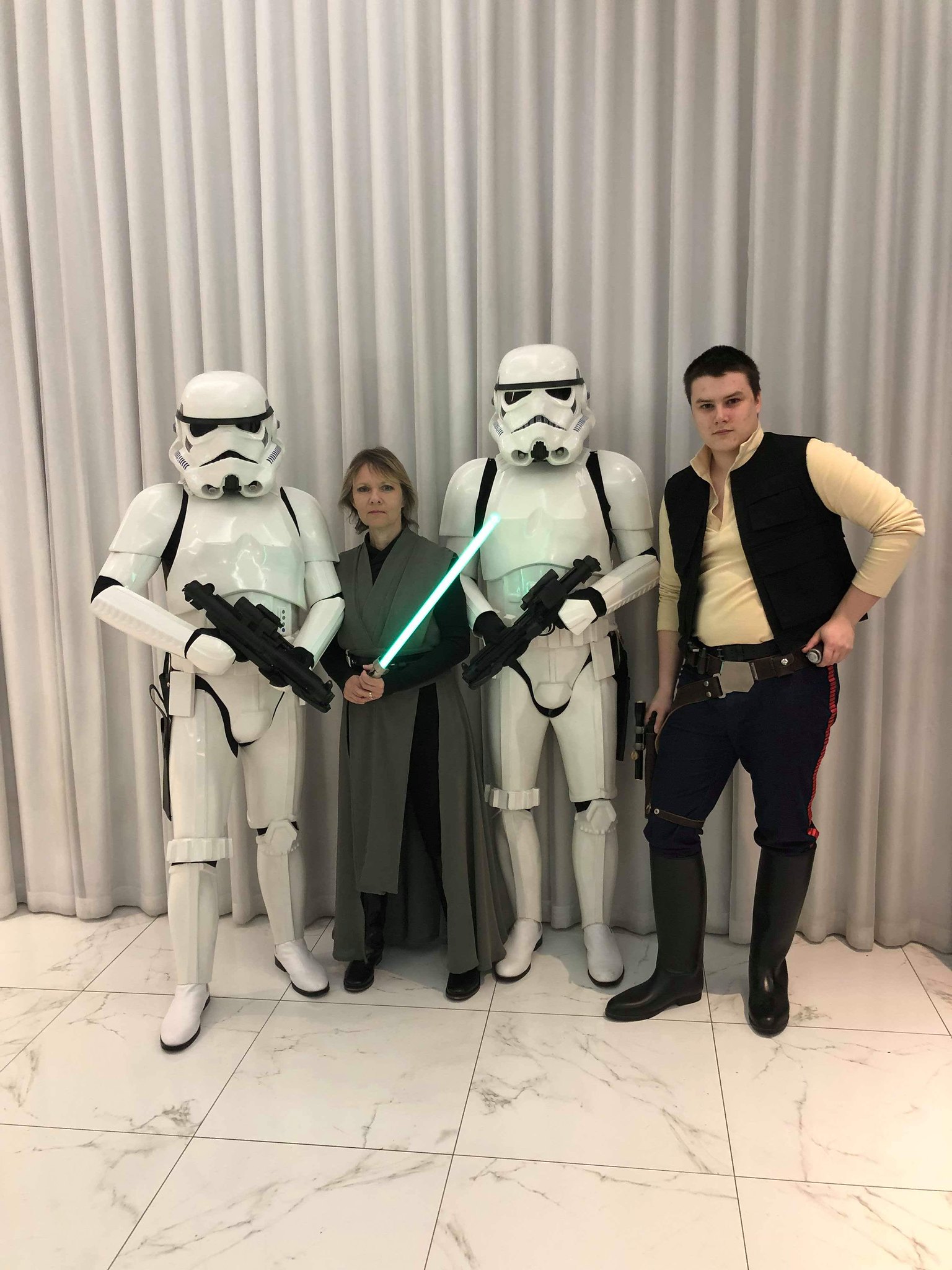 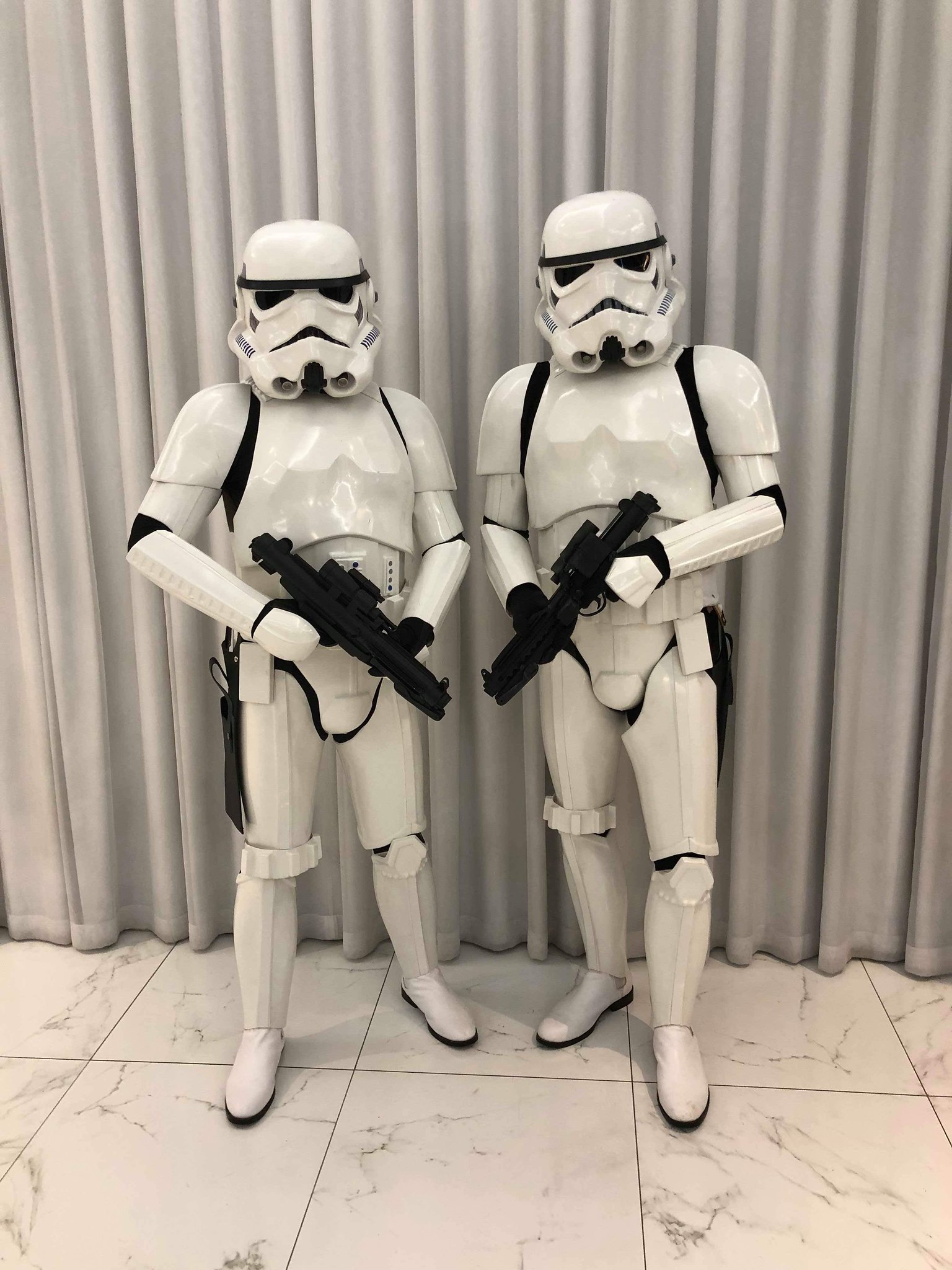 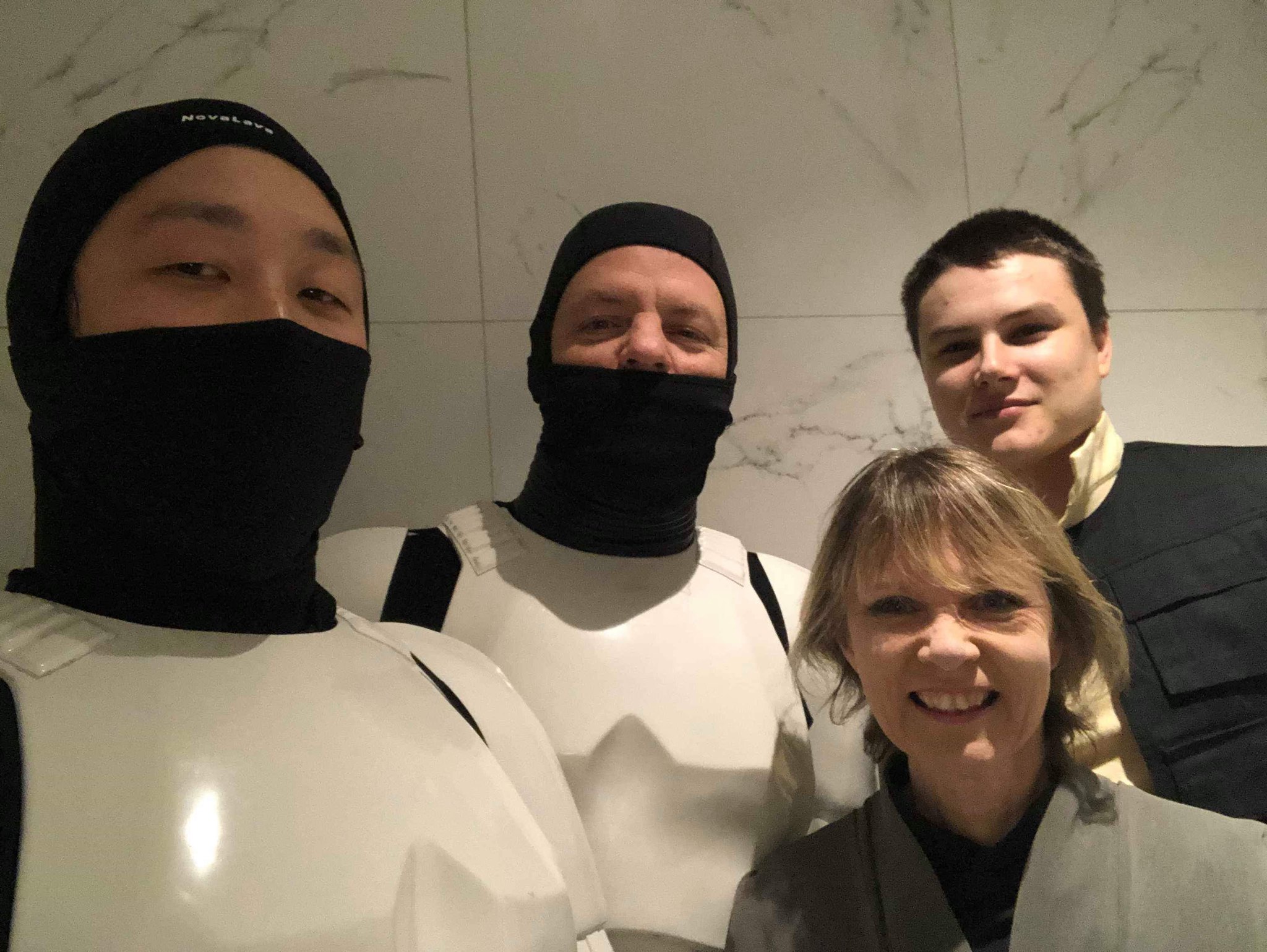 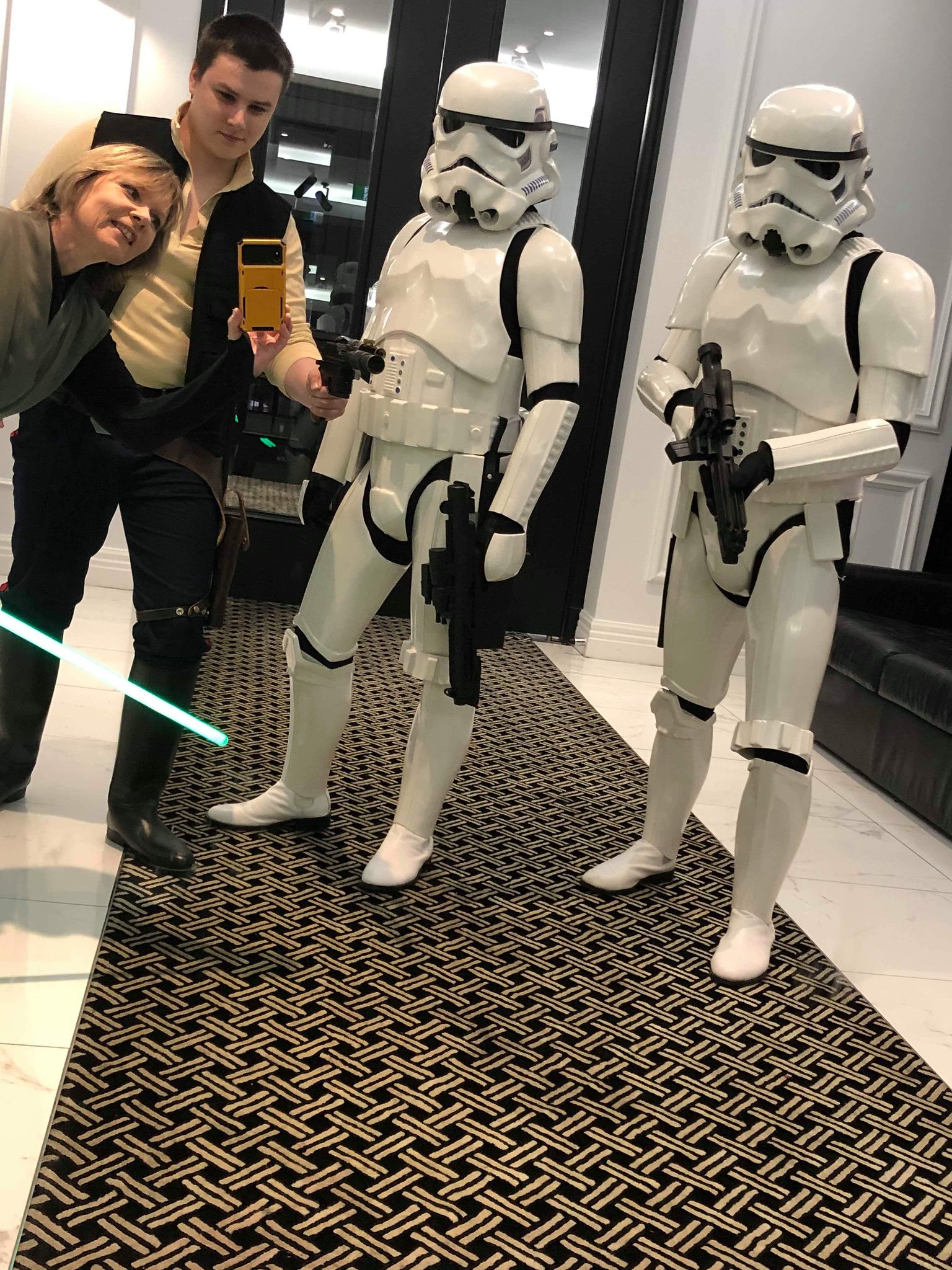 MSO plays Return of the Jedi