As the only burning star of this planet rose for the day, the troopers began to check the layout of their assignment.
Having worked together previously, the briefing was more of a formality, but never-the-less completed on time.
The mission was clear – ensure all visitors to the event were smiling, and encourage as many captures on image devices as possible.

Due to the early start, there were only a few non-participants in the vicinity, who were swiftly moved along as required.
All officially invited visitors – younglings and their gaurdians – were safely admitted to the film screening without drama.

We believe the film was an insight into the planet Hoth (certainly lots of talk about it being Frozen).

Troopers were able to vacate the premises having completed another successful mission. 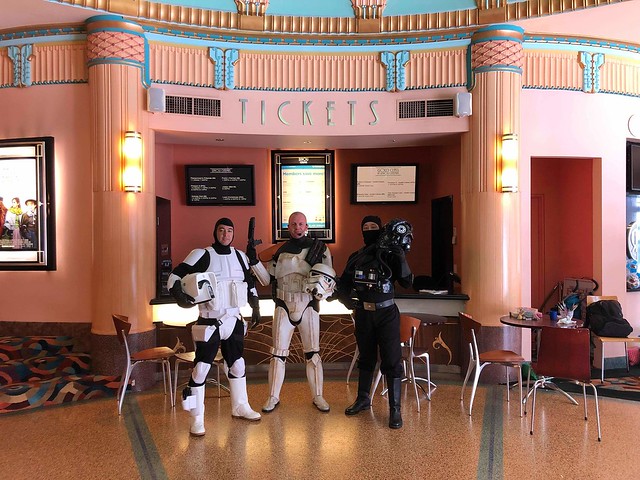 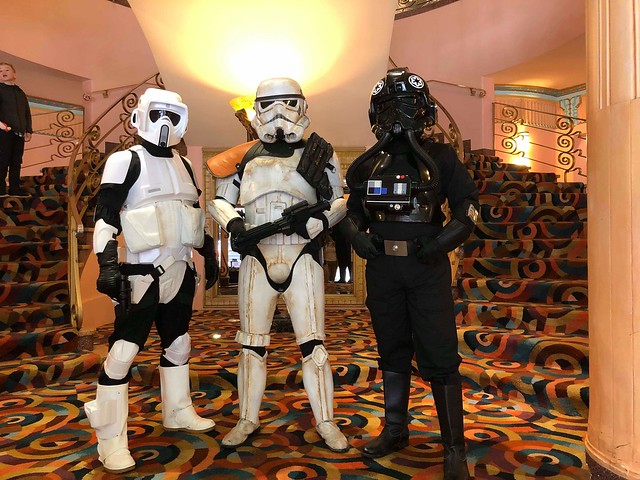